Tales from a 4* Council

LibDem Executive Councillor Martin Candler.  A sweaty, oily, morbidly obese councillor stood in the well of the oak panelled, Edwardian council chamber at Stockport and gesticulated rudely over his shoulder to the local people assembled in the public gallery implying they had planted asbestos on the toxic site on which the LibDem council wanted to put a new primary school. Candler didn't bother to turn round to look at the people he was accusing; the people who paid his fat cat allowances; the people who paid for all those committee teas and municipal occasions Candler had obviously attended on a regular basis judging from the strain placed on his shirt buttons desperately trying to contain his large paunch.

I had crossed swords with him before when I objected to a roadscheme which would destroy the beautiful Goyt Valley at Stockport.  He towered over me bellowing down.  I felt sorry for the poor kids he used to be headmaster to.  A very nasty piece of work.

Candler knew full well the school site was contaminated, but he tried to pretend it wasn't.  In 1974 three planning applications for housing had been refused because the site was so contaminated.  No-one had cleaned it up in the interim, so the site was still toxic. 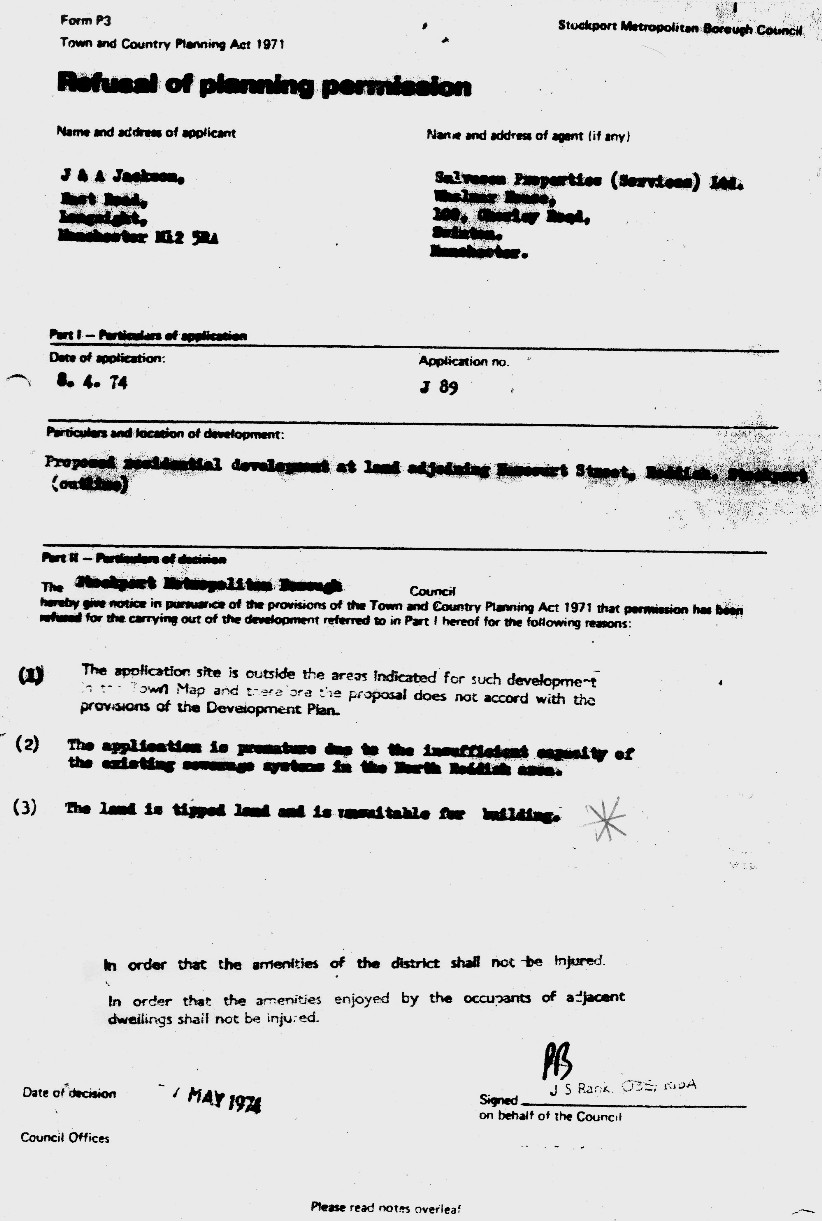 There is £5m missing from the toxic waste dump project, but Candler has banned all questions on the subject for years and years.  Do we want such dishonest people respresenting the people of Stockport?